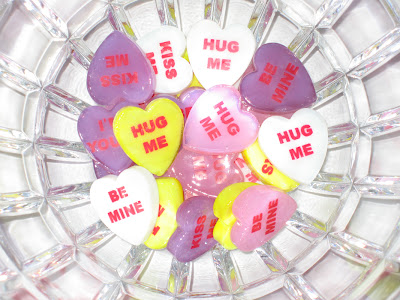 Well, I promised you a few more Valentine’s photos. Above are the glass scatters I bought. Aren’t they cute? I love conversation hearts, so when I saw these, I had to have them. Eric’s mom bought us these beautiful votive holders. 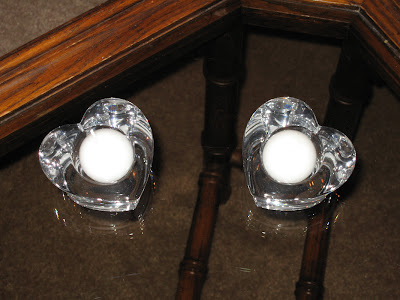 I loved how the table looked with the heart tree and the gifts. 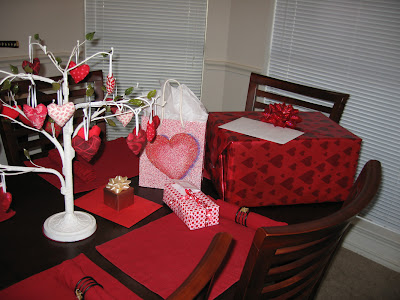 And of course, my sweetheart brought me roses in a beautiful vase. 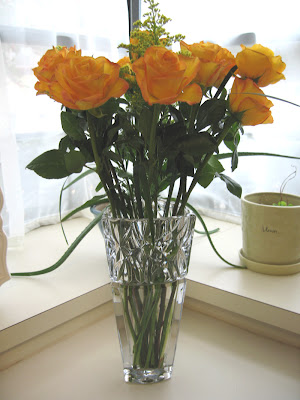 We had a wonderful Valentine’s Day!
Over the weekend, I was feeling a bit of spring cleaning coming on. I found myself working on a few of the problem areas around the house. You may remember my New Year’s Resolution to work on my office and media room. Let’s start with the media room. This mainly required going through the boxes I brought home from work when I was laid off and getting rid of the extranneous junk. I also cleared off the boxes of china and crystal from on top of the bookcase, so that you don’t just see stuff piled up when you look into the room. Here’s the before… 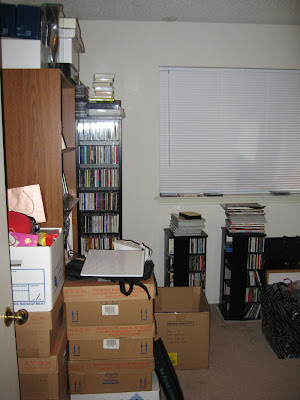 And here it is now. 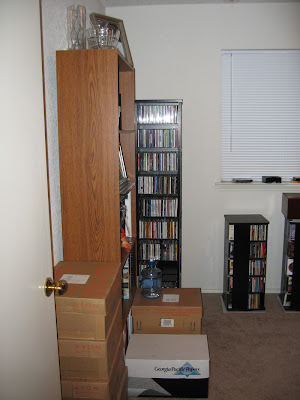 I am pleased with how it is coming along. Granted I still have boxes on the floor, but once I find a new job, they will be moved out of here. I think just having some vases and a photo on top of the bookshelf looks much better than the boxes. I also got rid of the stuff stacked on top of the cd tower. It was mostly videos and cds that needed to be taken and sold. So, not only did it get rid of the clutter, but we made money too! Those three boxes right next to the door are full of magazines. As soon as I can find a better solution for storing them, those boxes are outta here! I am thinking of those magazine boxes maybe, that will fit on a shelf and not look as bad as the magazines themselves. Anyway, I’m making progress!!
And I also did some work in the office. The corner where the printer and network equipment sit was bothering me. 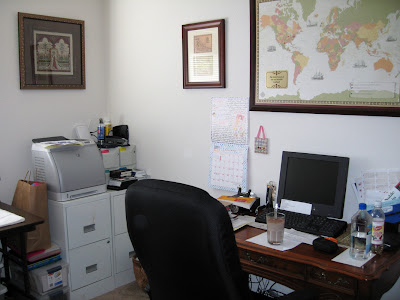 So, I cleaned out one of the drawers in the set of plastic drawers our office supplies are in. I managed to get some of the compressed air and stuff like that into the drawer. The hard drives that were sitting over here also got moved, as did the printer ink cartridges. I also put away my quilt that was sitting next to the file cabinet in the brown paper bag. 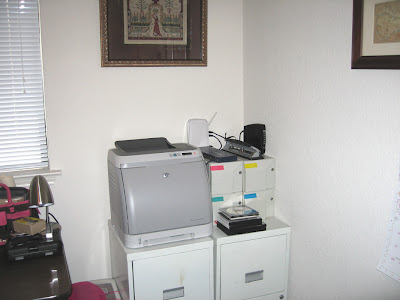 And, then for the corner of doom. I hate this corner so much, it is just a pile of junk. 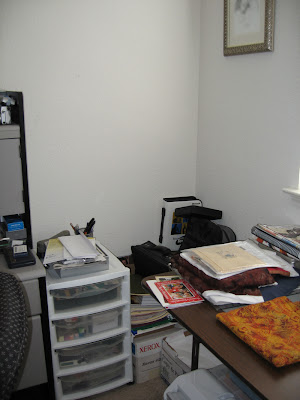 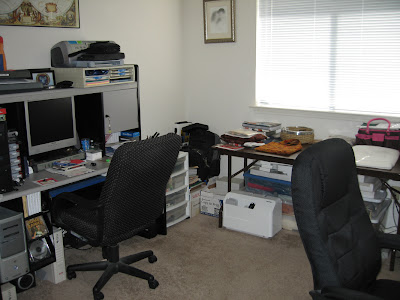 So, I had a sudden burst of inspiration to get some shelves down from the attic. These were my grandmother’s and I used to have my craft supplies on them. They are not in really good shape (as you can see I am missing one of the top pieces), but I think they help. They allowed me to organize some of the stuff that was stacked on the floor, like the laptop case, file folders, scanner, etc. I took all the loose hard drives and put them in that brown box on top of the scanner. I got rid of the pen holder on top of the plastic drawers, and organized the drawers themselves. I also donated the electric stapler that had been sitting here (not plugged in) for almost two years. I still have two boxes of magazine articles, etc. that I want to scan into the computer, and then that will get rid of all but the printer paper box – which can go on the bottom shelf. I am really happy that this is a little more organized now! 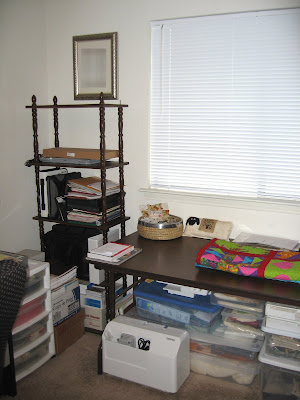 I think it looks so much better – not perfect, but definitely better. You may notice, I’ve also been working on cleaning off my craft table. I definitely want to take the advice I got about making a skirt for the table to hide some of my craft storage. I think that will definitely help.

And while I was at my attack on the clutter, I decided to do something nice. I found a great frame at Hobby Lobby last week for 50% off. So, Eric and I printed out some photos from our trip to San Antonio last year for our anniversary. I decided to hang it in the entry next to the photo from Gettysburg Eric took. I think it looks better with the two pieces now, because the Gettysburg picture was a little small for that area. Love it!!! 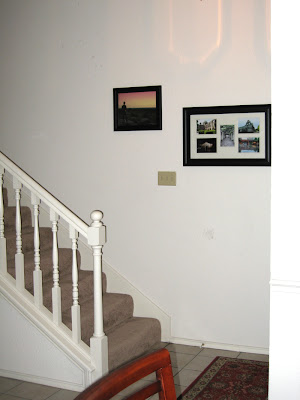 I’m going to keep working around the house and I’ll be sure to show you my progress!